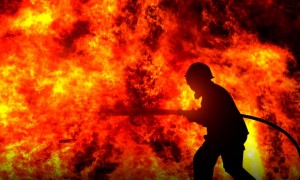 FIRE STORMS IN AUSTRALIA AND EARTHQUAKE DISASTER IN PUERTO RICO

We send prayers for the suffering in Australia and Puerto Rico, two different parts of the world signaling that more catastrophic disaster is to come. The scale is too gigantic to comprehend. Fortunately, the human death toll is not as high, but we also pray for those who have passed. What is required is a multi-task response of earnest prayer, preparation and the use of pragmatic skills that empower us to carry on with life with a renewed spirit of seeing a paradigm shift in the way we live. As we begin to prepare for a higher path, we meet life challenges through the eye and heart of the Spirit. Watching70,000 fire fighters struggle against Fire Storms in Australia that have consumed an area as large as the country of Portugal, we decry the loss of animal life – and estimated 1 billion animals — our brothers on a different vibratory level of existence. We wonder what is next?

The Keys of Enoch® give areas of planetary disaster but also of the coming of Cosmic Intelligence that will help us in all areas of knowledge if we turn to a higher consciousness in recognizing the Cosmic Others and the Divine in the “tests” of the human spirit ahead. Planetary change models put forth by The Keys in 1973 (Key 118) – including the ongoing rapid melting of ice at the Poles − were not understood by most experts. Currently, it is predicted to be some fifteen times faster than the models of the 1970s. For another part of the world, Australia, the Keys give a very important clue to changes via the Return of the Dove map placed over Australia, a map published in the latest edition of The Keys of Enoch in 2016, which shows the coming line of major destruction–strikingly similar to that which has just happened over Eastern Australia, especially inland from the south eastern coast, in the states of New South Wales and Victoria.

Indeed, the Ancient and Eternal Wisdom has come of age! We are facing planetary change; we are seeing the cycles of nature and facing our inability to correct the problems we also have created. Nevertheless, as we become progressively aware of the fact that we are living in an organic, multi-dimensional, expanding universe with all of its ups and downs, we are given the unprecedented opportunity to transform our lives in accordance with the understanding of the greater life. We live in an infinitely abundant, benevolent, and super intelligent universe created by the Law of Love. Tragedy often forces us to become more awakened to our limited nature and also, the greater Supernature. Thereby, it is now time to see Planet Earth as a schoolhouse of learning – learning how to use intuitive and spiritual gifts to lessen disaster and prepare for future life. We must truly understand that we live between different levels of the Divine Godhead –harmonizing the miracle of human creation–in birth, death and ascension.

In the Most High God, may the souls of the living and dead be blessed by the words of the prophets —

Awakening us all to a Great Power of Life

May the power of the Cosmic Christ call all souls to Eternal Life.